On arrival in Zagreb airport meet your driver and by Private transfer leave for your hotel.
On time check in at the hotel ,
Evening free for relax. Overnight at the hotel.

Morning breakfast at the hotel.
Later enjoy sightseeing tour of Zagreb with local guide (duration; approx. 2 or 3 hrs.)
Zagreb grew up on two neighbouring hills: Kaptol - the centre of spiritual and religious life of north-western Croatia and Gradec - the commercial centre of skilful tradesmen and craftsmen. Visit the Upper Town with its Gothic Cathedral, the beautiful and ornate St. Catherine’s church or the massive St. Mark’s church with its famous colour-tiled roof. Continue to the medieval Stone Gate and “Dolac”, the open-air market which are a must for all visitors.
Evening free for relax. Overnight at the hotel.

Transfer from Zagreb to Plitvice National Park
Visit of Plitvice National Park with local guide (duration approx. 2 hrs) Plitvice National Park is one of the most beautiful and best preserved national parks in the country. This is why the entire lakes and surrounding area were declared a national park in 1949 and are listed on the UNESCO`s list of World Heritage Sites because of its exceptional beauty. It is a valley situated between high forested mountains in which lie, one below another, a string of sixteen beautiful lakes of crystal blue and green waters. Fed by small streams and brooks, they spill into each other in 92 foaming cascades and thundering waterfalls. Free time for lunch on own. Transfer continues from Plitvice to Zadar (duration approx. 2 hrs).
Overnight at the hotel in Zadar area.

Breakfast at the hotel.
Zadar sightseeing tour with local guide (duration approx. 1,5 hrs)
The Zadar peninsula still preserves very old network of narrow and charming city streets, as well as a Roman forum dating back to the first century AD. The pre-Romanesque Church of St. Donat dates back to the ninth century, and it is certainly Zadar's most famous spot. The town is fortified with medieval walls, distinguished for their pretty and impressive ports – entries in the city all dating back to the sixteenth century. Even Alfred Hitchcock was impressed and supposedly said that the sunset here is more beautiful than in California. Countless buildings and monuments attest to the rich intellectual and cultural heritage of the city. At the end of the Western Quay is Zadar's newest feature, the Sea Organ. This unusual organ is powered by the wind and the sea. When the sea pushes air through the whistles, a series of melancholy chords are played, with the sound emerging through the perforated stone stairs. Next to o the Sea Organ is the Sun Salutation also designed by Nikola Basic. This circle of glass collects the sun's rays by day, stores the energy, and emits it as a flickering light show after dark. Extra energy is used to power the lights along the waterfront. Rest of the day at leisure.
Overnight at the hotel in Zadar area.

Breakfast at the hotel.
Transfer from Zadar to Split (duration approx. 2 hrs) Stop in Trogir for personal exploring. Trogir is a town-museum in the very meaning of the word. Lovers of cultural and historical monuments, art, original architecture and nice alleys are given the opportunity in Trogir to learn about the manifold and complex heritage - from the Romanesque yard to the modern interiors. During the walk around the city, guests can enjoy the centuries old town with its streets and buildings. Transfer continues from Trogir to Split (Duration approx. 30 min) Rest of the day at leisure.
Overnight at the hotel in Split area.

Breakfast at the hotel.
Split sightseeing tour with local guide (duration approx. 2 hrs).
The old town of Split is built on and around the spectacular Roman Palace erected by the Roman Emperor Diocletian (born in Salona – today’s Solin) in the 4th century. The walking tour starts with a visit to the cellars of the Palace that are still very well preserved. The cellars offer a good view at how the life in the Palace was organized. Other sights such as the Golden Gate, the Silver Gate, the Peristyle Square etc. will be seen from the outside.
Overnight at the hotel in Split area.

Approx. 3 hrs. Breakfast at the hotel.
Private transfer from Split to Mostar (duration approx. 3 hrs) Upon arrival, Mostar sightseeing tour with local guide (duration approx. 2 hrs) In the true sense of the word it is the city where West meets east Meets North meets south. Experience sights such as the Old Bazaar, the Turkish House and one of the many old Mosques. After the guided tour of the town free time for strolling around and browsing among the many old craft shops or maybe lunch in one of the picturesque local restaurants.
Overnight at the hotel in Mostar area.

Breakfast at the hotel.
Blagaj and Stolac excursion (duration approx. 6 hrs)
The small town called Blagaj is located 12 km south of Mostar. This is the largest karst spring in Europe and it gives rise to Buna river. The river emerges from an underground stream after it carved its way through the irregular limestone commonly found in this part of Europe. The sight is breathtaking with the cold green river rushing out of a cave under a towering cliff. Interestingly, perhaps because of its southern facing location or because it is in the wind shadow the temperature here is always mild, even in the midst of winter.

The area of Stolac has been attracting people since prehistoric times with its Mediterranean charm, good water, serene sky, tame landscape and harmony of natural beauties. Illyrians and Greek sailors, Roman patricians, Gothic invaders from the east, Slavic high dignitaries, Ottoman nobles, Venetian soldiers, Austro-Hungarian governors, and many other admirers of suri, fresh Bregava waters, cultural and historical values and mysterious messages from the centuries long gone, have left their mark in this area: hill forts and tombstones, names on stone plates - messages for those to come after them.
Overnight at the hotel in Mostar area.

Breakfast at the hotel.
Private transfer from Mostar to Dubrovnik, En route stop in Ston for personal exploring.
Overnight at the hotel in Dubrovnik area.

Enjoy breakfast.
Dubrovnik sightseeing tour with local guide (duration approx. 2 hrs.).
«.... those who seek paradise on Earth should come to Dubrovnik» (George Bernard Shaw) This tour will reveal the finest sites of the old walled City as well as give you an opportunity to view it from above at the spectacular panoramic spot.The walking portion includes visit to the Dominican Monastery with its fine collection of medieval paintings. Our guide will lead you through the narrow streets of the Old Town introducing you to the history and culture of this magnificent city. Other buildings will be viewed along the way.
Overnight at the hotel in Dubrovnik area.

Breakfast at the hotel.
Excursion to Montenegro (Duration approx. 8 hrs)
Overnight at the hotel in Dubrovnik area.

Breakfast at the hotel.
Transfer from the hotel to the Dubrovnik airport for flight back home. 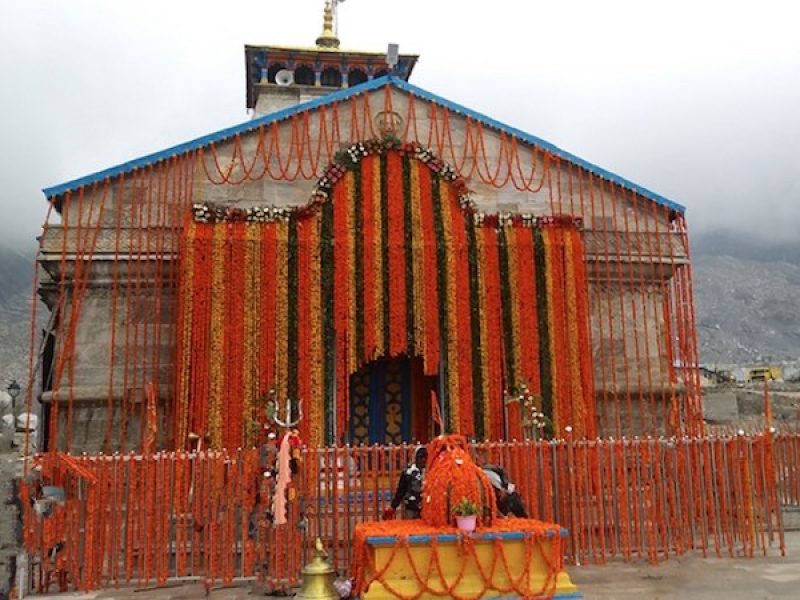 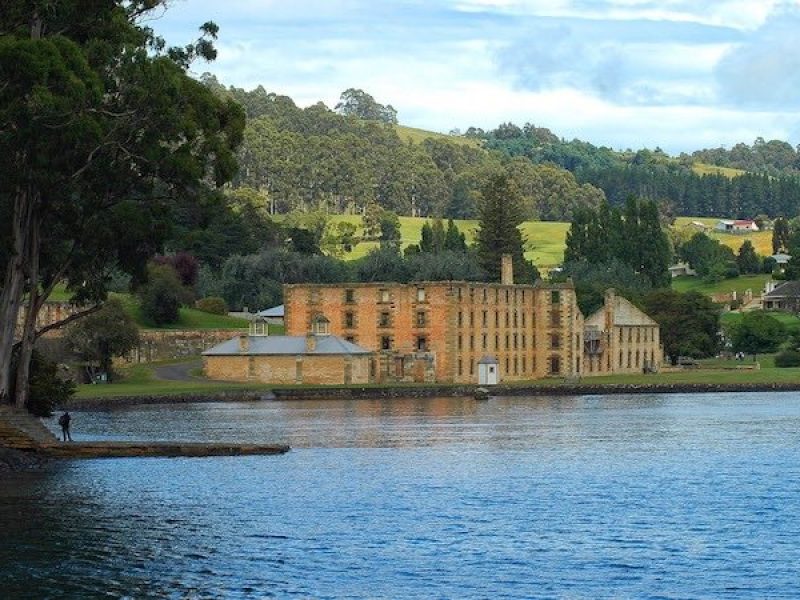 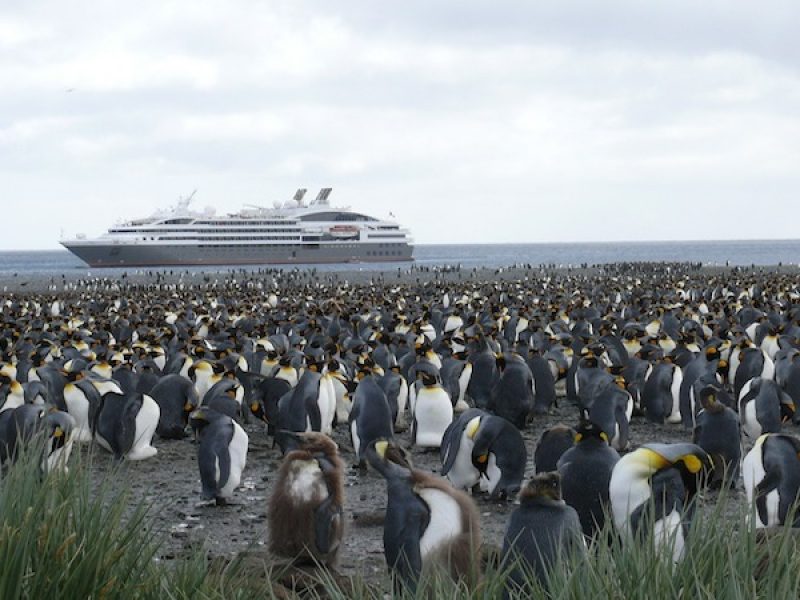