This Golf & Yoga Tour of ours will make you learn Yoga and Relaxation lesson from India best Yoga teachers and also play at “Indias Top Golf Courses”  which is also host of many Indian and International professional golf events. Yoga a practice of body, mind and soul and golf a complete stress buster the combination will help you have value for money you paying for the tour.

Meeting and assistance on arrival and check into hotel. Overnight at the hotel.

Morning Yoga Session by Yoga Guru (teacher): The word yoga means “union.” Yoga is a discipline involving breathing techniques and postures called asanas (A-san-as), a Sanskrit word that literally means, “to be in a particular position.”Asanas are the various positions that make up the practice of yoga. After Yoga.
Morning breakfast, later some time for relax.
Later transfer to golf course, today afternoon play golf at Qutab Golf Course – QGC which is maintained by the Delhi Development Authority (DDA). The 18 hole par 70 course yardage 6400 form men’s tee and 5580 from ladies tee. Tricky looking open fairways are fun and challenge for the golfers. QGC is also host for many professional golf events.
Evening dinner at the club house. Overnight at hotel.

Morning Yoga Session by Yoga Guru (teacher): Every Day your yoga teacher will work on making your body flexible and help you active in your day to day program.
Yoga is radically different from more conventional exercises, such as aerobics and weight training, in that the goal is not to develop muscular strength or cardiovascular fitness (although those are common reasons people practice today) but to bring the mind and body into a mutual state of well being, balance, ease and vibrant alertness.
Morning breakfast Later play golf at DELHI GOLF CLUB : The Delhi Golf course is also a sanctuary for over 3OO species of birds, and the golfer is often startled by the rain dance of the colourful peacock or the scurrying of a partridge. Planted with a variety of over 200 trees, the Delhi course is the most lush in the country, and its sandy loam has produced a rich turf good for the exacting fairway shots.The thorny bushes lining the fairways of DGC, put a huge premium on accuracy. A nine-hole Peacock Course is also a must explore. The DGC also scores for its unbeatable location – it is situated right in the heart of the city, just a short distance away from India Gate. The DGC is home to many professional tournaments including the Indian Open, part of the prestigious Asian PGA circuit.
Evening free for relax. Overnight at the hotel.

Morning Yoga Session by Yoga Guru (teacher): Today your yoga teacher will guide on all the Asans and their benefits. (you will not be able to all Asan yourself, but will lean on what asan has what benefits such as :
-- Sun Salutation (Surya Namaskar) – Best excersize for human body
-- Matsyasana (fish pose)
-- Padmasana (lotus pose)
-- Veerasana (warrior pose)
Their will be many more Asan you will lean today
Morning breakfast Later transfer to golf course, today play golf at Golden Greens Golf Club : A link style Championship golf course designed by Dr.Martin Hawtree. This 18-hole, par 72. 7100 yards from the mens championship Tee and 5800 yards from the ladies tee. The guests can shred on this layout and it is advisable to remain out of the thick roughs. You can also experience the deep sleeper bunkers on this course.
Evening free for own activity. Overnight at the Hotel.

Morning breakfast, later leave your driver and guide will pick you up from your hotel and take you to Agra to visit the world-famous Taj Mahal on the banks of the river Yamuna. This ‘poem’ in marble was built by the Mughal Emperor Shahjehan for his beloved queen, Mumtaz Mahal. The Taj Mahal is entirely made of white marble and its walls are decorated with exquisite pietra dura (stone inlay) work.
It is said that different types of rare, precious and semi-precious stones were used in the intricate inlay work done on the interiors. This magnificent monument is set around a Charbagh or ‘four garden’ plan, which is split by watercourses-a reflection of the Persian style. Later visit the Agra Fort – the seat and the stronghold of the Mughal Empire under successive generations. This was the seat of Mughal rule and administration and the present structure owes its origins to Akbar who erected the walls and gates and the first buildings on the eastern banks of Yamuna River. Shah Jahan added the impressive quarters and the mosque while Aurangzeb added the outer ramparts. Visit the Hall of Public Audience and the Royal Pavilions.
Evening return to Delhi, Overnight at the hotel.

Morning Yoga Session by Yoga Guru (teacher): Today your yoga teacher will give you more information on Asana and on basic diet knowledge.
Morning breakfast latter play golf at Classic Golf Course – Jack Nicklaus Course. The Classic Golf Resort is a signature course of the great Jack ‘ Golden Bear’ Nicklaus. The resort has been built on a 3000-acre expanse, at the foothills of the picturesque Aravalli hills. The golf course is located on the outskirts of Delhi, off the Delhi-Jaipur highway and is about 45 minutes drive from Delhi. This fusion of international experience with Indian expertise, indigenous adaptation of globally accepted materials and processes as well as the constant adherence to quality standards makes CGR a world-class championship venue.
Evening return to Hotel. Overnight at the hotel.

Morning Yoga Session with your Yoga Guru (teacher). Later enjoy breakfast and sometime for relax.
Afternoon Immerse yourself in the real India with this atmospheric half-day tour of Old Delhi, the heart of this teeming metropolis. Visit some of the top sights and attractions such as the Red Fort, the majestic Jama Mosque and the Gandhi memorial. This fascinating tour has it all: history, spirituality, culture and architecture.
Explore the Red Fort, a Unesco World Heritage Site that dates back to 1648 at the peak of the Mughal Empire. Considered one of the best examples of Mughal architecture, it stands proudly over the banks of the River Yamuna, creating a stunning illustration of spirituality and splendour. Admire the epic Lahore Gate and behold the beauty of the intricate stonework in the Hall of Private Audiences, where emperors met visiting dignitaries, while the former women’s quarters of the Rang Mahal boasts a gilded ceiling and marble pool.
Continue to the spectacular Jama Masjid, the largest mosque in India, built from, red sandstone and glistening white marble. Feel the authentic India and inhale the harmony of its ancient splendour. Come face to face with ordinary Indians as they stream in and out; the courtyard is capable of holding 25,000 worshippers. Standout features include the two 40 metre-high minarets made from strips of red sandstone and white marble. Revel in the hustle and bustle of the nearby bazaar and maybe treat yourself to a souvenir. Afterwards visit the Raj Ghat, a simple black marble memorial to Mahatma Gandhi set among carefully tended to lawns.
Evening visit sound and light show and later dinner at Choor Bazar. Overnight at the hotel.

Morning Yoga Session by Yoga Guru (teacher).
Morning breakfast latter play golf at Noida Golf Course.
Closer to Delhi is the NOIDA GOLF CLUB, in Sector-38, NOIDA. This is a fast developing 18-hole championship-size course, which has added excellent fairways and greens in the last couple of years. The course plays to par 72 and measures 6,915 yards from the championship tee. The par-3 16th hole is a killer, stretching 245 yards and sometime requires a good tee shot with a driver to reach the green. The greens are large and ture. The Noida Golf Course boasts its own antiquity with historical monuments dating back to the British period. An historical course on the location of the Battle of Delhi.
Evening return to Hotel. Today you have option to enjoy dinner with an Indian Family with lavish Indian and English meal cooked at home. Overnight at the hotel.

Morning Yoga Session by Yoga Guru (teacher)
Morning breakfast latter play golf at Jaypee Greens – Greg Norman Signature Course JAYPEE GREENS is a Greg Norman designed 18-Hole Golf resort. It has as many as 88 bunkers and 14 water bodies pose a welcome challenge to golfers and the lush rolling greens delight them on 7.343 yards that make it the longest course in India. It also has Club House and Bar, a Lounge and Restaurant.
Evening return farewell dinner on the golf course. Later on time transfer to hotel. Overnight at the hotel.

Morning breakfast later day free for relax and enjoy last minute shopping. Later on time transfer to airport for onward journey. You also have option to extend your stay in India by doing tour of Rajasthan and explore the Palaces of India or can also travel to Western India and enjoy beaches covering Goa.

India is a year round golf destination. But the most suitable and best time travel in India would be from January - April / October - December.

Yes green fee and caddie fee is included in the package. Tips to caddie need to be paid directly after the round.
Average tips to caddies are around Rs.400 / Rs.500.00 per round.
Yes, we will have a certified and professional yoga instructor. He will first have a detailed discussion with you. Then he will work out the complete program
Yes you will have one dedicated booking manager who will be your one point contact. Even during the trip you can contact him/ her for any clarifications and details. 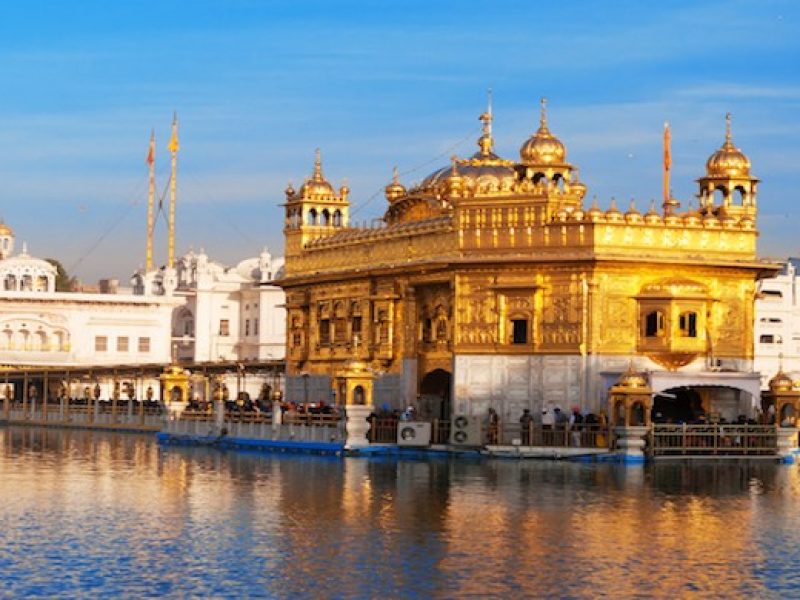 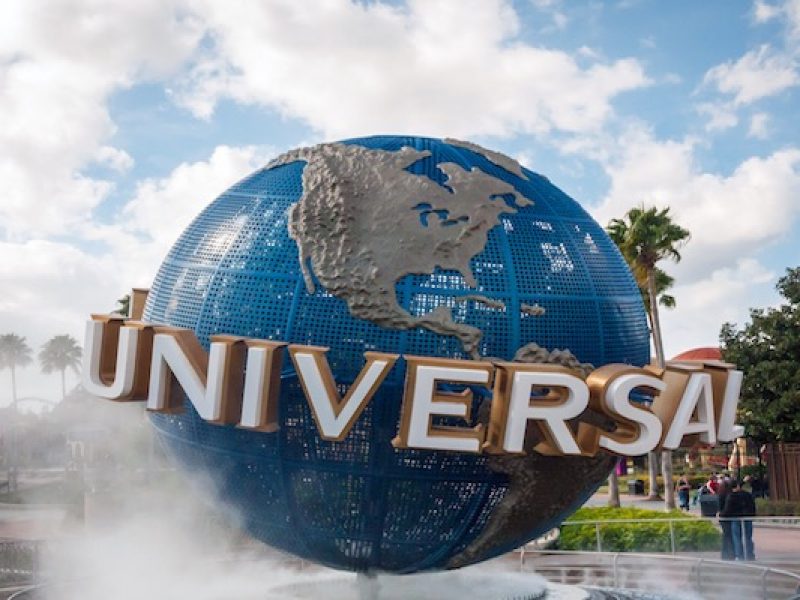